You can find Part 1, Part 2, or Chronicles of CHOP Video Testimonies Part 1 here in case you missed them.

Traveling back to The CHOP was interesting. We began to have problems with the van’s transmission. The problem was so bad that Pastor Darren had to pull over at one point. We made it to the garage where we had parked the day before wondering if we would be able to get back to the church in it.

Coming in to The CHOP, the scene was completely different than the day before. Everyone seemed to be sober and in their right minds.  Even the local crazy people seemed to be hidden and/or somewhat normal.  The barriers and tents had been consolidated around the precinct, and everyone was trying to clean their space. Even to the point of sweeping the street.  It almost seemed like it was picture day at the CHOP. Media had come in and were talking with Rick who seemed to be the new face of CHOP.  He was supposedly head of security at The CHOP and wore a pistol in a holster on his belt. 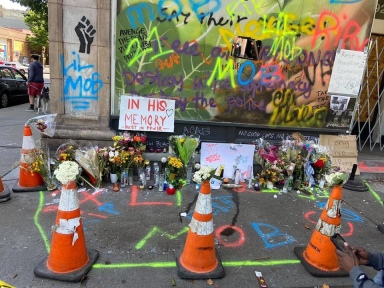 We moved past him through The CHOP and found the young man who had been beaten just two nights before.  Even as high as he was, he remembered that we had prayed for him and he thanked us.  We asked about Rio but no one knew where he was so we went down into the field and tent community to pray for people.  A few of us prayed for an older man’s knee while Charlie and some others ministered to a drug dealer.  His pain faded, but he was almost unwilling to admit that anything had changed. 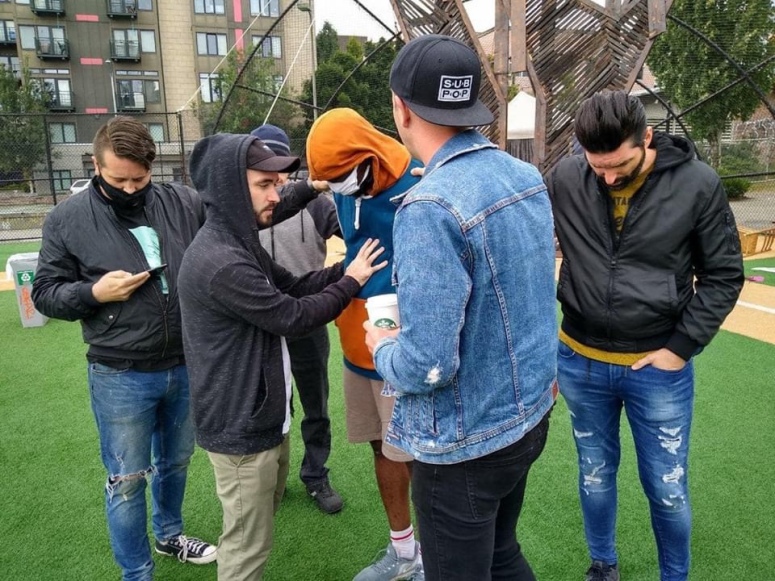 Many of the guys had become friends with Lord Doddy an artist that had been guarding the giant fist on the field.  He immediately came out upon seeing our group and it was evident that the ministry to him the last couple days was coming to bear fruit.  It a short amount of time, he was repenting of his sin and praying to receive salvation.  Right after this, a young man on a bench prayed the same prayer as others ministered to him. 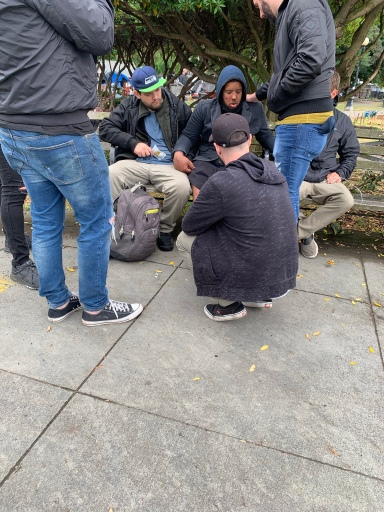 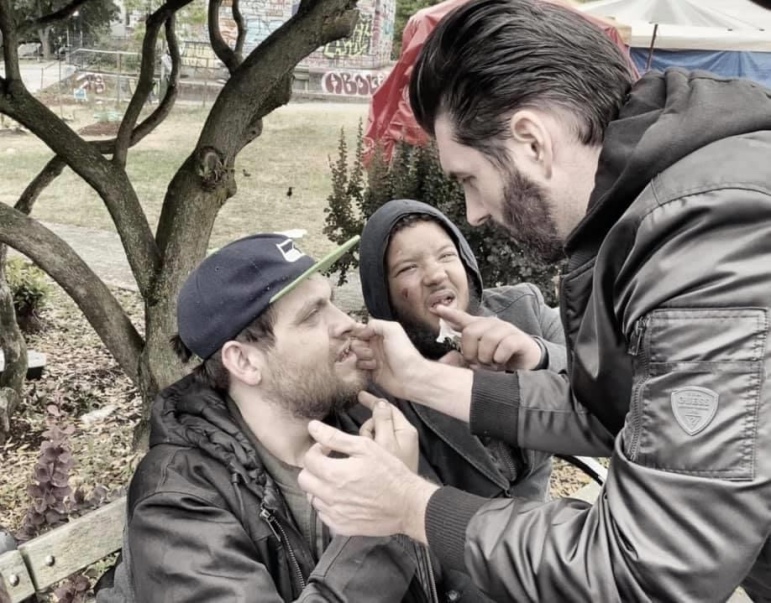 Next, we found three guys on a bench smoking weed.  Some very specific words of knowledge came forth and brought inner healing to one of them named Jay.  So much so, that he asked us to pray for his friend who was deaf.  As we prayed, the young man’s face lit up as his ears began to open.

A little later, as we were walking back to the top of The CHOP, David approached a young female who had come to view the “artwork”.  She seemed very resistant, even after he gave her a specific word of encouragement, to allow us to lay hands on her.  After the prayer, she was so moved by what Holy Spirit was doing she shared a song she had written that she had never shared with anyone before.  We encouraged her and prayed some more.  This time huge tears began to flow from her eyes, and by the time God was finished ministering to her she made sure to give each of us a big hug.

Today, there seemed to be a lot more resistance later in the day as the enemy tried to discourage us.  Even as we passed out pizza, several received the pizza but rejected the good news and literally ran away yelling so they did not have to hear what we had to say.  However, even for all those that rejected, many more were touched and healed by the power of God including this young man who was scheduled to have surgery on his hand the next day. 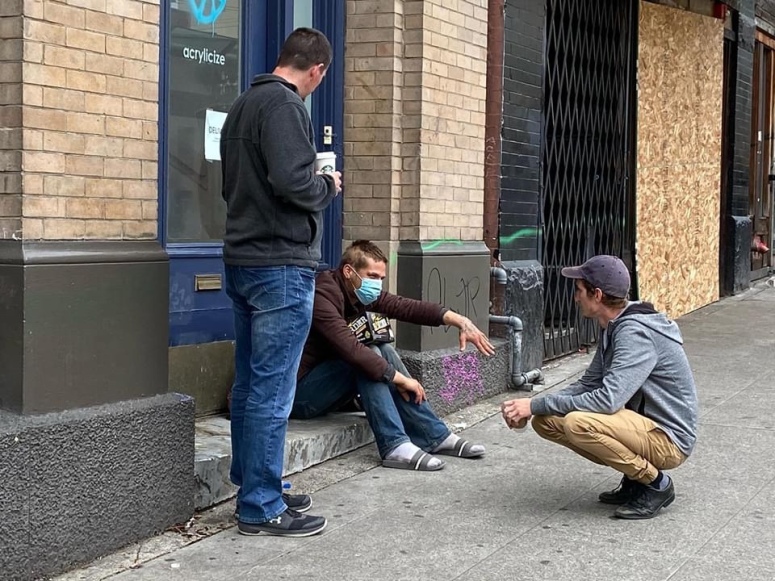 After a short break, where Aaron and David found someone to minister to, we felt like we should walk back through praying in tongues, cleansing the area, and that we would be done for the day. 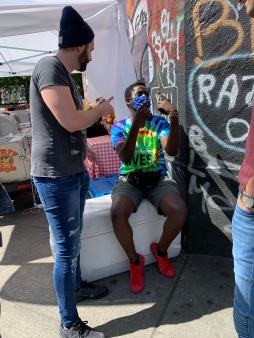 As we headed back to the church in the van, which ran perfectly from the point on, we contemplated what we could do differently tomorrow.  We had asked permission to set up a tent and have someone doing worship there and then maybe doing some open air preaching.  This seemed like a good plan to all around, but apparently was not what we were supposed to do.

2 thoughts on “Chronicles of CHOP/CHAZ Part 3”