We are at Day 24 of the 40-Day Breakthrough Fast I felt urged of the Holy Spirit to call coming into the month of May, leading up to Pentecost Sunday on June 9th: Press In and Press Through Till There’s Breakthrough: A Call to Fast and Pray! I hope and pray that you are seeing the Heavens opened up in fresh and new ways and that you are seeing a return even now for your pursuit!

If you are just now joining us, I encourage you to read the post linked above to see what this fast is all about and how you can join in! I urge you to join with us even if you haven’t been following along the whole way and are new to this call to fast and pray. If you have been contending for breakthrough in any area of your life or the lives of those around you, salvations, healings, deliverance, fresh commissioning, release into the new season, victory over enemy interference; then this is for you! I heard Him say that in this brief window of time, if we will press in and press through, we will see breakthrough. This is the time where we will see the transition from Promises Revealed to Promises Fulfilled!

It has been almost two weeks since I have posted anything on here; but things have not silenced themselves on this side. I have felt a very strong pull of the Lord to draw away, draw near to Him, and to go low as I ascend. In this time, greater understanding, wisdom, and revelation has been released from Heaven. The Heavens have been opened in new and greater ways; and we are seeing breakthrough in our lives, our finances, and our situations.

To say that there hasn’t been intense warfare in this time is a farce. Nevertheless, Jesus is Lord! The enemy will always come in with opposition when he feels threatened; so if you are facing demonic darts aimed against you in this season, take heart! You’re on the right track!

All too often, the enemy tends to see more than we do, the great breakthrough that we are standing on the cusp of entering into; so he will begin to hit us with an artillery barrage to stop us dead in our tracks and to hinder us from advancing forth.

As I write this, Holy Spirit is releasing great revelation and exposure of the enemy’s tactics. The definition of artillery barrage is this:

“The artillery usually fires at a continuous steady rate, using high explosive or, historically, shrapnel shells. A barrage might be from a few or many batteries, or even (rarely) from a single gun.
Barrage fire may be defensive to deny or hamper enemy passage through an area or offensive to provide covering fire that neutralizes the enemy in an area through or towards which friendly forces are advancing. Defensive barrages are usually static (or standing or box). Offensive barrages move forward in front of the advancing troops, the pattern of barrage movement may be creeping, rolling or block. Barrage fire is not aimed at specific targets, it is aimed at areas in which there are known or expected targets.”

Beloved, DO NOT ALLOW yourself to become battle-worn from the demonic darts, disturbances, delay, and distractions that the enemy is attempting to use to hamper your passage into victory! Whether the warfare has been solely targeted at you or includes those around you, all is intended to distract and detract you from entering your promises. Instead of giving him ground as he proceeds in his offensive; I urge YOU to STAND on the offensive and to press back and press forward! We are not of those who hunker down, cower, and draw back in fear that leads to destruction and death; we are of those who press on and press forward to the FULL salvation, healing, and deliverance of the soul!!!

Hebrews 10:38-39 (MSG)
“But you need to stick it out, staying with God’s plan so you’ll be there for the promised completion. It won’t be long now, He’s on the way; He’ll show up most any minute. But anyone who is right with Me thrives on loyal trust; if he cuts and runs, I won’t be very happy. But we’re not quitters who lose out. Oh, no! We’ll stay with it and survive, trusting all the way.“

Yesterday as I was finishing reading Ezra, Holy Spirit revealed something key to me. In that day, the exiles are allowed to return home to Jerusalem and the Temple of the Lord was being rebuilt. The Lord had been so gracious to allow the remnant of His people to return home in an extension of grace. He gave them favor with foreign kings and nations to bring them safely home. He revived them so they could rebuild the Temple, and repair and restore the city. In spite of all that, chapter 9 brings with it grievous news. As soon as the people entered into their promises, they gave themselves over the intermarriage with pagan nations and directly disobeyed God. Where things seemed to be reordered, the enemy brought in a barrage of distractions.

Ezra’s response was one of great mourning and he sat utterly appalled and shocked at the news for an entire day. He then proceeded in a deep cry and prayer of repentance for the sins of the people. He did not cause the fall of the remnant, but he took responsibility for it. He stood upon the wall and in the gap, unable to stand in His Presence.

In Ezra 10, Ezra was still praying, confessing, weeping, and lying prostrate in front of the Temple. A large crowd gathered around him, joined him and wept bitterly as if their hearts would break. As I read this, I heard the voice of the Lord say, “Your current condition is not your permanent position!” Then enters Shecaniah. His name means, “one intimate with Yahweh”. He called out the obvious and the reason for which Ezra was unable to stand: the people had given in to the enemy’s tactics and became distracted and disgraced. He then offered a solution in verse 3: “Let us now make a covenant with our God to divorce our pagan wives and to send them away with their children. We will follow the advice given by you and by the others who respect the commands of our God. Let it be done according to the Law of God.”

Shecaniah then said to Ezra in verse 4:
(NLT) – “Get up, for it is your duty to tell us how to proceed in setting things straight. We are behind you, so be strong and take action.”
(NKJV) – “Arise, for this matter is your responsibility. We also are with you. Be of good courage, and do it.”

When all hope seems lost and you find yourself worn down and unable to stand, God will send a Shecaniah to remind you of who you are and Whose you are; and to get you back up on your feet to take your place!

Verse 5 goes on to tell us that Ezra stood up and demanded those who had handed themselves over to sin that they would do as Shecaniah had instructed; and the people proceeded in obedience.

It is time to stand up and demand a cease fire of the enemy; to command victory, and to no longer give in to what stands in the way of victory and breakthrough. The walls are coming down and no longer will we give in and give way to what opposes our ascent!

If there are areas that we have relented in our offense and ascent, we must come before the Lord in humility and repentance as Ezra did; but when the time comes to stand, STAND!!! DO NOT bow to the breaking tactic of shame and guilt, but PRESS ON AND PRESS THROUGH!!! 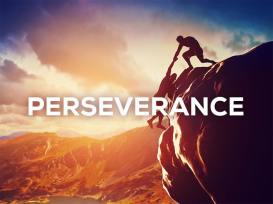 Hebrews 10:38-39 (NLT)
“‘And My righteous ones will live by faith. But I will take no pleasure in anyone who turns away.’ But we are not like those who turn away from God to their own destruction. We are the faithful ones, whose souls will be saved.'”

BE STRONG AND TAKE ACTION!!!

I bless you with the strength to stand in offensive warfare to the enemy. In offensive warfare, we have identified the enemy that seeks to destroy us, exposed his strategies, and then infiltrate enemy territory; ready and willing to wage war and defeat the enemy!

I encourage you to read these Scriptures and stand upon them as you ADVANCE!

2 Corinthians 10:3-4 (TPT)
“For although we live in the natural realm, we don’t wage a military campaign employing human weapons, using manipulation to achieve our aims. Instead, our spiritual weapons are energized with divine power to effectively dismantle the defenses behind which people hide. We can demolish every deceptive fantasy that opposes God and break through every arrogant attitude that is raised up in defiance of the true knowledge of God. We capture, like prisoners of war, every thought and insist that it bow in obedience to the Anointed One. Since we are armed with such dynamic weaponry, we stand ready to punish any trace of rebellion, as soon as you choose complete obedience.”

Ephesians 6:10-18 (TPT)
“Now my beloved ones, I have saved these most important truths for last: Be supernaturally infused with strength through your life-union with the Lord Jesus. Stand victorious with the force of His explosive power flowing in and through you.

Put on God’s complete set of armor provided for us, so that you will be protected as you fight against the evil strategies of the accuser! Your hand-to-hand combat is not with human beings, but with the highest principalities and authorities operating in rebellion under the heavenly realms. For they are a powerful class of demon-gods and evil spirits that hold this dark world in bondage. Because of this, you must wear all the armor that God provides so you’re protected as you confront the slanderer, for you are destined for all things and will rise victorious.

Put on truth as a belt to strengthen you to stand in triumph. Put on holiness as the protective armor that covers your heart. Stand on your feet alert, then you’ll always be ready to share the blessings of peace.

In every battle, take faith as your wrap-around shield, for it is able to extinguish the blazing arrows coming at you from the evil one! Embrace the power of salvation’s full deliverance, like a helmet to protect your thoughts from lies. And take the mighty razor-sharp Spirit-sword of the spoken Word of God.

Pray passionately in the Spirit, as you constantly intercede with every form of prayer at all times. Pray the blessings of God upon all His believers.”